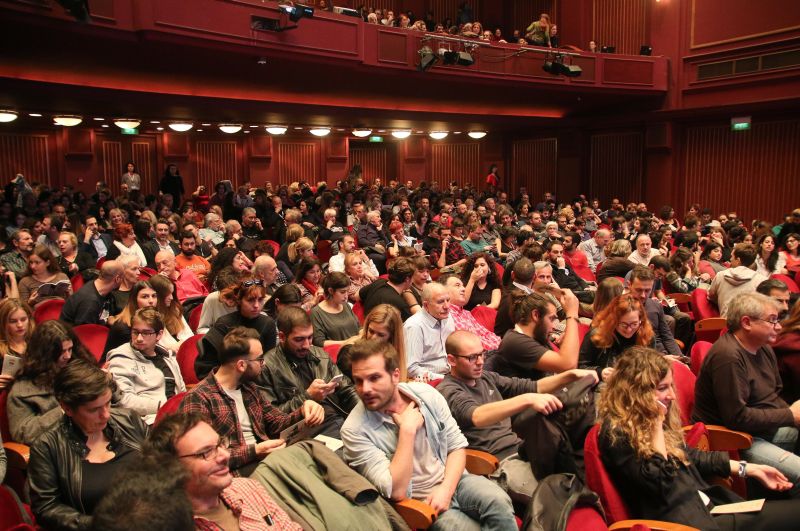 To introduce and promote the most important documentary productions worldwide and to create an international forum for the presentations and discussion of emerging media and information technologies.

The TDF is organized under the auspices of the Greek Ministry of Culture and is administered by the Thessaloniki Film Festival.

All entry submissions must be made online through the link found on the Festival’s official page (www.filmfestival.gr).

TDF must receive an on-line screener, a completed entry form and payment of a 20-euro entry fee.

All URL links must remain active and accessible until the 10th of March 2019.

IMPORTANT NOTICE: After the submission of your film you will receive notice within 5 working days in order to proceed with the payment and complete the entry.

Should you wish to send a DVD instead of an online link, you must send 2 DVDs along with a print-out of the complete entry form to:

(Between the 3rd and 20th of August, submissions will be suspended and the submission link will be inactive)

The films that meet the following conditions are eligible to participate in the international competition section:

3) has not been released or screened publicly in Greece

4) has a running time of over 50 minutes

Please note that the film that wins the Golden Alexander award will automatically be eligible to submit for Oscar consideration in the Documentary Feature category.
This new update made by the Academy of Motion Picture Arts and Sciences concerns its Documentary Feature Qualifying Festival List that includes the TDF among the world’s leading film festivals and enables these festivals’ qualifying awarded films to serve the aforementioned purpose.

The films that meet the following conditions are eligible to participate in the VR competition section:

2) has not been released or screened publicly in Greece

An international 3 member jury will award the VR Golden Alexander.

Film Selection for all sections

1) Entrants whose films have been selected will be notified soon after the selection.

2) English subtitled prints must be provided for all films selected.

4) Prints of selected films must be accompanied by one DVD copy following the exact runtime and subtitles of the screening version (for screening safety reasons) and they should reach the Festival Offices by February 2nd, 2018.

5) Films participating in the Festival’s main program must be recent productions of the past 18 months preceding the festival’s dates and not previously shown or been released in Greece.

7) There is no limit in running time (except for the Official Competition section as stated above).

8) The Festival decides and is responsible for the screening schedule of the film (day and hour) during the Festival’s period.

9) The Festival has the right to reject any material which does not further the character and objectives of its program.

10) Participation in the Thessaloniki Documentary Festival implies acceptance of the above regulations.

11) Films selected for the official program will automatically participate in the Doc Market free of charge unless otherwise stated by the film’s rights holder.

1) The Festival organization will be liable for insuring the film, from the moment of its arrival at the Festival until its return by carrier.

2) Cost of shipping expenses will be shared among the Festival and the producer.

3) Should a copy be damaged, claims should arrive at the Festival Office no later than one month after the film has been received by the producer and two months after the end of the Festival.

4) The Festival’s liability in case of whole or partial damage of a print during the Festival cannot exceed the value of $300 USD.