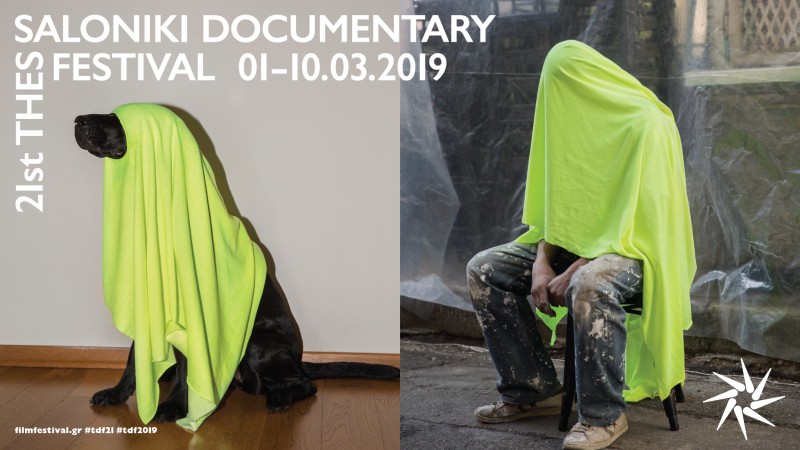 The 21st edition of the Thessaloniki Documentary Festival presents 178 feature and 49 short documentary films by directors from all over the world, as well as a parallel events program.

The 21st edition of the Thessaloniki Documentary Festival presents 178 feature and 49 short documentary films by directors from all over the world, as well as a parallel events program.

THE GREEK OF THE RUSSIAN EMPIRE, Svetlana MUZYCHENKO, Russia

THE MIRACLE OF THE LITTLE PRINCE, Marjoleine BOONSTRA, The Netherlands, Norway

The jury of the festival’s VR/Virtual Reality documentaries Competition section will bestow one award to a film participating in the section. The award is accompanied by a €3.000 prize, sponsored by the Greek Film Centre.

The three-member VR Jury is composed of:

The three-member FIPRESCI Jury is composed of:

The film tells the beautiful yet complicated love story of Leonard Cohen and his Norwegian muse Marianne Ihlen from their early days in the island of Hydra, Greece, to how their love evolved when Leonard became a successful musician.

The challenging journey of the first ever all-female crew who entered the “Whitbread Round the World Race” in 1989 becomes a metaphor for female courage and self-sacrifice, against sea waves and prejudices.

Open Discussion “Why Look at Animals?”

How much and in what ways does humans differ from animals? What are the moral boundaries in experimenting with animals? How fragile is our relationship with them? The 21st TDF invites you to participate in an open discussion on the occasion of this year’s edition tribute "Why Look at Animals?". The speakers are Stavros Karageorgakis, Professor at the University of Athens, author - researcher, Yorgos Skambardonis, author and Louie Psichoyios, film director. Anna Lydaki, Professor at Panteion University, Athens, will moderate the event.

On the occasion of the tribute to his work this year, festival guest Gustav Deutsch will introduce us to his unique experimental cinematic universe in an open discussion that promises to change many of the things we know about cinema so far.

Louie Psihoyos’ The Cove (2009, Academy Award for Best Documentary Feature) will be screened on the occasion of the director’s attendance this year. In addition, the documentary Theofilos, the Painter (1979) by the late Greek filmmaker Giorgos Karypidis (1946-2019) will be presented in his memory.

Theatrical documentary about the refugee identity

An innovative theatrical documentary workshop titled “From Film to Theatrical Documentary” will take place March 2-8, 2019 in this year’s edition, organized by the TDF in collaboration with play2place production company and the Greek Film Center. The theme of the workshop is refugee identity and experience. The event is designed and realized by the theatrical director and social anthropologist Martha Bouziouri. The participants will co-create their own theatrical documentary that will focus on how we approach and outline the refugee identity and experience, attempting to present a modern, anthropocentric drama that defies the stereotype of the refugee seen merely as “victim or threat”. The results of the workshop will be showcased on Friday March 8 at Pavlos Zannas theatre as a work in progress, followed by an open discussion with the audience of the 21st TDF.

Two participatory workshops titled “It could be me - It could be you” will take place in the framework of the 21st TDF. The events are organized by UNHCR, the UN Refugee Agency, in collaboration with the Hellenic Theatre/Drama & Education Network (TENet-Gr), with the support of the City of Thessaloniki and the Thessaloniki Documentary Festival, complementing thus the refugee-themed documentaries screened in the 21st TDF and creating an open dialogue with both the films and audiences.

The events, which form part of the program “It could be me - It could be you”, an awareness-raising project about refugees and human rights, are:

■“Passages”, Sunday 3 March 2019, 12:00-15:00, Centre for Lifelong Learning of the Municipality of Thessaloniki (132 Egnatia str). “Passages” is a UNHCR simulation game allowing participants to understand events and situations that the refugees have to deal with. Submit your application to participate here: https://docs.google.com/forms/d/e/1FAIpQLSeD1NwRae0wE-zjNXj_DG_O2Mxb1WQg8UWDS2ZJn6uTGFFUFQ/viewform

■ “The Multicolored Immigration of the Butterfly”, Wednesday 6 March 2019, 18:00-21:00, Cafe Prigkipos (22 Apostolou Pavlou str). This is an interactive forum theatre performance on issues of xenophobia, hate speech and acceptance of the other.

The Agora Doc Market’s Docs in Progress Jury will announce the three prestigious awards to projects participating in the DIP, thus introducing us the filmmakers of tomorrow.

American musicologist and renowned collector of old 78 records Chris King presents his book Lament From Epirus: An Odyssey Into Europe's Oldest Surviving Folk Music (Doma Publications) about a special folk music genre thriving in Epirus, Northern Greece. The presentation compliments the screening of Paul Duane’s documentary While You Live, Shine that is inspired by King and its work.