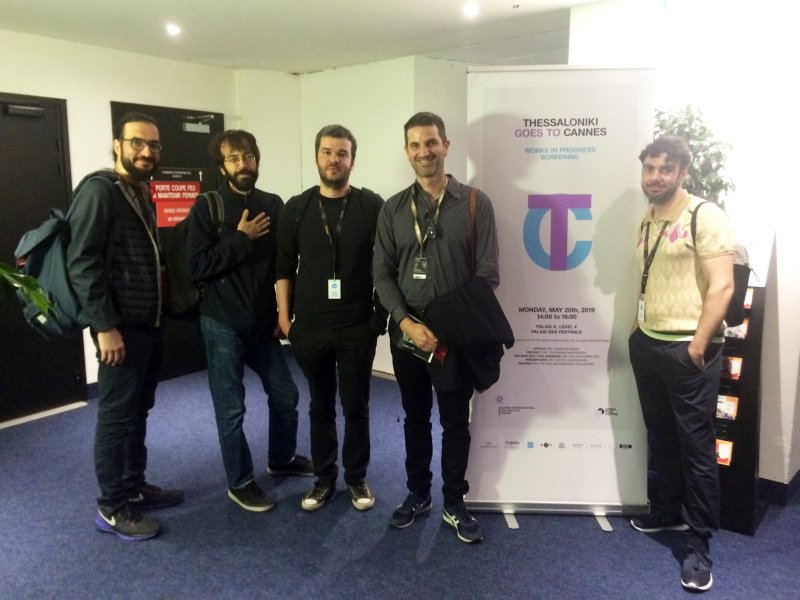 In a full hall of Palais des Festival de Cannes 5 Greek fiction feature films were showcased to sales agents, journalists from all over the world, distributors and programmers who attended this year’s Cannes’ Marché du Film.

The attendees had the chance to discuss the projects with directors and producers at a cocktail event at the Pavilion of the Greek Film Centre. “Thessaloniki Goes to Cannes” programme closed with a party, with a dj-set by The Boy.

The participation of Thessaloniki Film Festival in this year’s edition of Cannes’ Marché du Film, one of the world’s largest film markets discovering up-and-coming directors from all over the world, was a collaboration between the Thessaloniki IFF and the Greek Film Centre with the Marché du Film - Festival de Cannes. Greece is the only country in Southeastern Europe and the Balkans that participated in the event.

The 5 films will be ready to launch in the festival circuit during the summer and are the following:

Logline: Could it be that we are the things we don’t forget?

Logline: A 30-something failed businessman moves into his grandfather's house, a defunct WW2 veteran. His quest to live up to his legacy will redefine both the family hero and himself.

Logline: After the death of his grandmother, Victor, a Greek ex-diving champion in his 20s, starts a spontaneous road trip from his Greek hometown. On the boat to Italy, he meets Matthias, a charming German drifter. Both head to Bavaria, each for their own reasons, both seeking for answers, each to their own questions.

Logline: What would you do in the sight of world’s first sunrise... would you close your eyes and let it go?

Logline: It appears like an ordinary outing to a beautiful beach: four young women - none of which is ‘Winona’ - enjoy the warmth of the sun and the coolness of the sea. What secret hides behind their games and stories?

We are eager to host the Greek premieres of the films in the anniversary 60th Thessaloniki International Film Festival, October 31st – November 10th 2019.