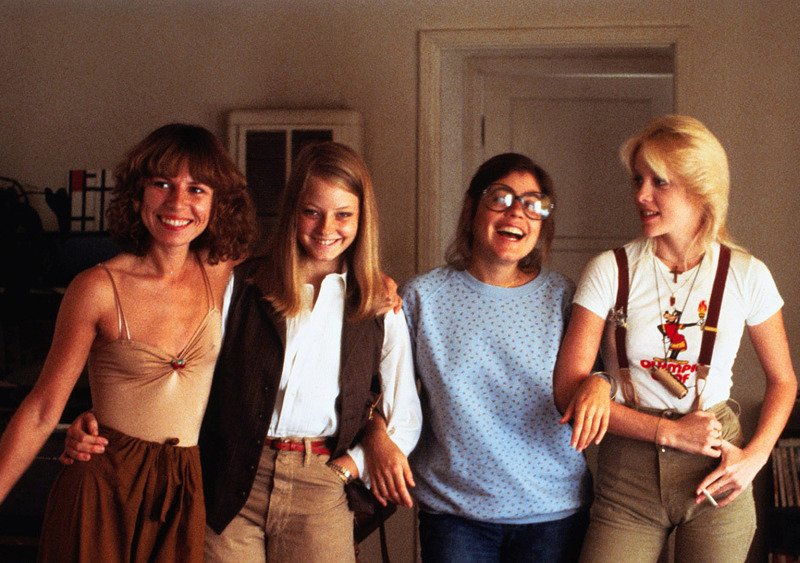 Once a misunderstood decade, the 80s come back at Thessaloniki from October 31st to November 10th 2019. The 60th Thessaloniki International Film Festival asked the Greek director and musician The Boy (Alexandros Voulgaris) to dive into the 80s and pick ten films full of horror, tenderness, humor and music.

Growing up in the 80s: Greek director and musician The Boy picks 80s films for 60th TIFF

Once a misunderstood decade, the 80s come back at Thessaloniki from October 31st to November 10th 2019. The 60th Thessaloniki International Film Festival asked the Greek director and musician The Boy (Alexandros Voulgaris) to dive into the 80s and pick ten films full of horror, tenderness, humor and music.

The 80s relive through fashion, the impressive haircuts, the synthesizers, the sequels, the movies and the TV shows that resurrect the era and inspire contemporary filmmakers. Through the tribute, called Growing up in the 80s, TIFF remembers the transitional and innocent decade that has influenced pop culture.

“Our 80s. Half of us want to forget that the decade ever existed and the other half want to return to it and relive it until their final days like a Groundhog Decade. The films that will be screened in the tribute “Growing up in the 80s” are unique and prove that 80s films don’t need to be ashamed. How do you start from the most beautiful dream and end up in the worst nightmare? How do you put in a children’s lullaby the fact that the end of the world may be near? How can you hide from children?” explains The Boy.

Here is a first taste from the tribute. The full list of films will be announced soon.

Foxes (1980) by Adrian Lyne revolves around a group of children. A darker version of the teenage movies by John Hughes, the film follows four teenage girls that look for independence in sex, rock music, alcohol and drugs. Facing emotional obsessions and indifferent families, the four girls (with a young Jodie Foster in one of the main roles) form their own unusual family.

The teenagers in River’s Edge (1986) by Tim Hunter are not shiny people. They drink, they smoke marijuana and they don’t share the moral dilemmas of the grown ups. Based on a true event, River’s Edge tells the story of a teenage boy that murders his girlfriend and then calls his friends to see her body. They stay silent and can’t decide whether to protect him or not. In the film we see Keanu Reeves in one of the first main roles of his career.

Return to Oz (1985) by Walter Murch is a dark fairy tale, a film that when it was first screened caused nightmares to hundreds of children. Dorothy passes a night in a psychiatric institute, manages to escape and finds herself in the land of Oz, where she confronts a head-changing princess, a sadist king and the Wheelers, a group of creepy creatures that move on roller skates.

The difficult process of growing up, the emotional and physical confusion that comes from leaving childhood behind, are the themes that concern director Vincent Ward in the film Vigil (1984). Toss lives a lonely life in a farm in New Zealand. When her father dies, her life will be disrupted by the arrival of a stranger.

In 80s films, even the most innocent symbols could become scary. In Christmas Evil (1980) by Lewis Jackson, a worker in a toy factory, who experienced a childhood trauma after learning that there is no Santa Clause, is filled with murderous rage, wears Santa’s uniform and spreads horror.

The tribute has its own “soundtrack”, a mix tape with songs and music chosen by The Boy. The mix tape draws inspiration from the films of the tribute and the feeling of living in the 80s. You can listen to the songs here:

The Boy was born in Athens in 1981. He is passionate about films, filmmaking and the world of cinema. He has written, directed, produced and acted in many of his own films and the films of his fellow directors. He is also widely known for his music, and performs across Europe, having released a number of solo albums, and composed numerous music scores for films. His latest project, Winona, was presented as a work in progress in “Thessaloniki Goes to Cannes” event which took place during the Marché du Film of the 72nd Festival de Cannes.