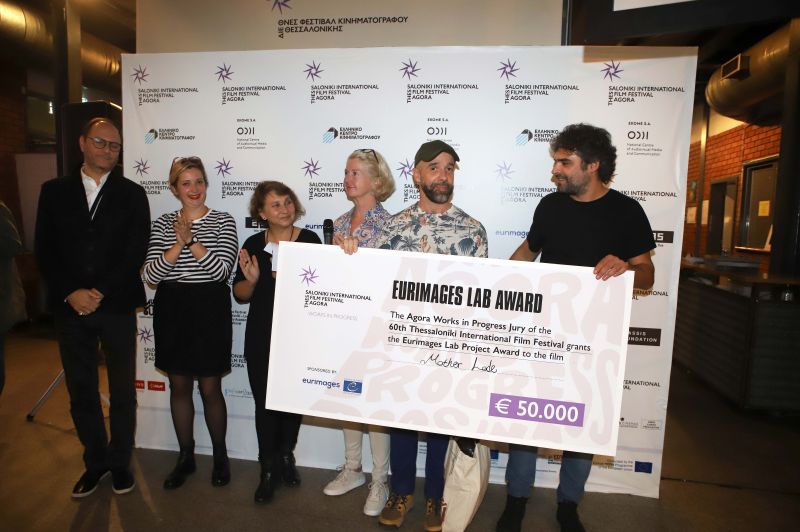 The Thessaloniki International Film Festival Agora, supported by the Creative Europe MEDIA, hosted fifteen projects in the 15th Crossroads Co-Production Forum, eleven films in the Agora Works in Progress, and more than 200 international titles in the Agora Film Market, while matchmaking services were provided for Greek films.

Introducing the event, this year’s Ambassador to the Thessaloniki International Film Festival, Yorgos Pirpassopoulos, stated that it was through the Agora that the journey for three Greek films took its course, participating in the International Competition Section of the Festival: Cosmic Candy, by Rinio Dragasaki, Defunct, by Zacharias Mavroidis, and Zizotek, by Vardis Marinakis. The following films also participated in the program: Papicha, Noah Land, The Father, Not to be Unpleasant but we need to have a serious talk, Open Door, Oroslan, Persephone, Sister and Winona. Having stated that during these four days he followed closely the workings of the Agora, and met with several interesting individuals, he announced for the Crossroads Co-production Forum and the Agora Works in Progress awards.

Before the ceremony, Ms. Angeliki Vergou, Head of the Crossroads Co-production Forum, took the stage and thanked all the participants who trusted their projects to the Agora, but also all the professionals who chose yet for another year Thessaloniki to discover new talents, she mentioned specifically Marie-Pierre Macia for inspiring people and for her wisdom, drive, and love of cinema.

THE LAND BEYOND, directed by: Nadine Salib, Produced by: Hala Lotfy – Hassala, Egypt.

THE GOSPEL ACCORDING TO KIMON, directed by: Neritan Zinxhiria produced by: Vassilis Chrysanthopoulos – PLAYS2PLACE, Greece.

III.  The jury also decided to grant the PRODUCERS’ NETWORK accreditation for the Cannes Film Festival 2020 to the producer Amanda Livanou – Neda Film, Greece from the project ACRYLIC.

- The consulting company in film development Initiative Film represented by Isabelle Fauvel will offer its services this year to two Greek projects.

Workshop Scholarship selects Vicky Antonopoulou - StudioBauhaus from Greece to participate in the 2020 Workshop.

The Jury was impressed by the quality and diversity of the 11 projects submitted and the professional pitches, the decision making was not an easy task.

- The jury grants the GRAAL post-production award with in kind services in image post-production “For the originality to see Mothers in a different way and to treat Mothers as Women with hidden desires, we give the award to:”

- The ΕURIMAGES Lab Project Award offers €50,000 to an unconventional film of the Agora Works in Progress. The jury said: “For its impressive visual approach and for how Matteo treated the search of gold in putting it in relation with the Devil. Shot in 3500m in Lima, protected all the time by security, he succeeds to create an intimate and powerful atmosphere”.

The jury grants the award to:

- The MuSou AWARD provides composition and production for an original film score, music supervision and assistance in licensing of commercial music for use in the film, as well as audio post production services.

The award goes to “an innovative experimental film for an urgent timely subject like the toxic disaster of Fukushima”.

The event drew to its conclusion with a big and warm applause for all involved; a party followed in Warehouse C.