Fischer, the official sponsor of the Festival’s Audience Awards for the last decade, will give six prizes to films that have their first public screening in Greece at the Thessaloniki International Film Festival and gather the most positive votes from the audience: five prizes will be awarded to international productions from the Festival’s Official Selection (the International Competition, Meet the Neighbors, Film Forward, Balkan Survey, and Open Horizons sections), as well as the “Michalis Cacoyannis” award to a Greek film premiering at the Festival. 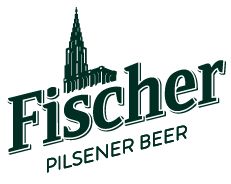