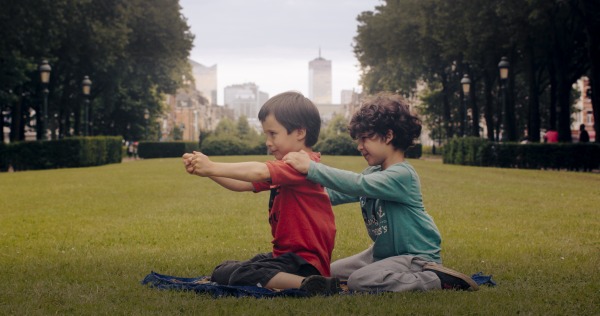 The Molenbeek district in Brussels is believed to be the jihadi capital, since exposed by the media as home to the Paris terrorist attackers. Molenbeek is also home to Aatos from Finland and Amine from Morocco, two 6-year-old boys whose lives have been reshaped for good due to the marginalization and intense policing of the district. Through their vivid imagination, the two best friends travel to places far away from the hatred of their reality. A documentary about the ties that truly bind.