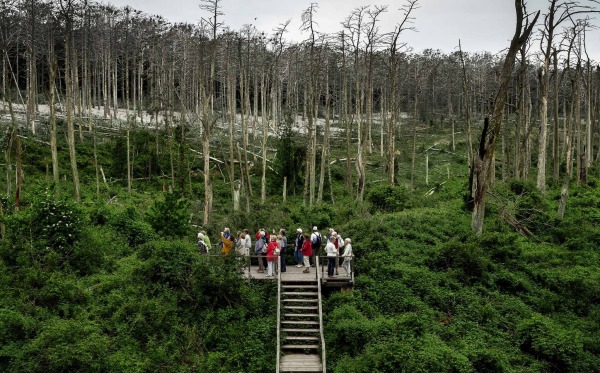 A thin strip of land in the Baltic Sea, half of which belongs to Lithuania and half to Russia, is home to a macabre tourist attraction. A dying forest of leafless trees, overtaken by thousands of great cormorants, ruining the area with their acid-fortified feces. A fascinating documentary, with mesmerizing aerial shots from a bird’s perspective and photographic images as if out of a post-apocalyptic horror film. But, what has actually led to so grand a destruction?