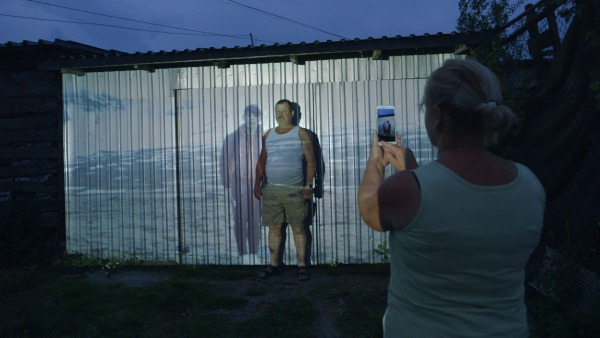 As the population of a tiny Polish village – whose name means “old blood” – is dramatically reduced after a massive immigration wave to Iceland, the older generations struggle to stay “in touch” with their intimates on Skype. A multifaceted and imaginatively filmed elegy on the love gestures that dissolve the distance in an increasingly complex world, rendering textured the low-resolution images that flood our screens; about the technologies that sustain the new sensorial geographies of need.