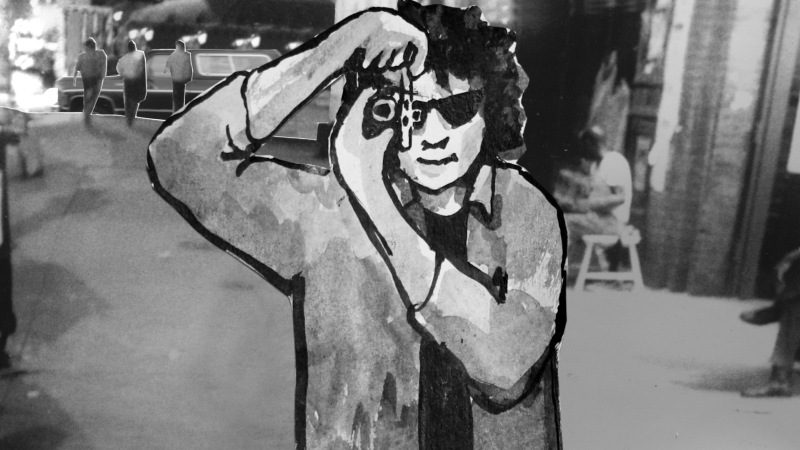 Between 1976 and 1980, young Manhattan photographer David Godlis documented the nightly goings-on at the Bowery’s legendary CBGB, “the undisputed birthplace of punk rock,” with a vividly distinctive style of night photography. Lewie and Noah Kloster bring his photos to life with electrifying immediacy, bolstered by black-and-white watercolor animation, a rollicking soundtrack, and voiceover narration by Godlis himself.
Screening Schedule

Lewie and Noah Kloster are a brother animation / directing duo. Born and raised in the frozen north of the midwestern United States, old Hollywood films became their primary form of education. Their mother would often help them play hooky from school in order to watch an upcoming film on Turner Classic Movies. Robert Osbourne and Ben Mankowitz became their teachers. Their favorite were those by Stanley Donen, Karl Freund, Howard Hawks, and films like Night of the Hunter, The Cabinet of Dr. Kaligari, and Peewee’s Big Adventure.

Without budgets, animation was the only way they were able to match the size, scale, and scope of their favorite imposing filmmakers. Retreating to how animation felt before the digital age claimed king over the medium, cardboard, construction paper, cotton balls, and magic markers fill their studio to its brim. Since moving to New York City in 2013, everyday real life people have become their subjects. The city has plenty to offer. Accompanied by their dual perspectives, they are constantly digging for contemporary stories that fit within their frenzied tactile animated worlds.

Shots in the Dark, with David Godlis