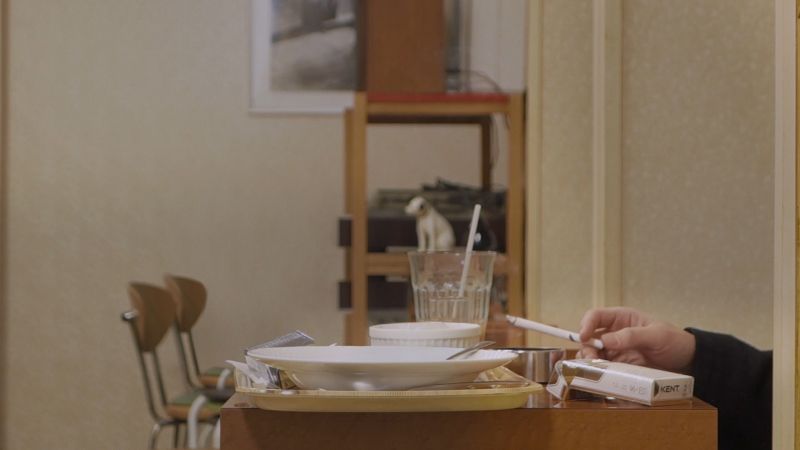 In the suburbs of Tokyo, away from the chaos and noise of the city, is the Café de Kinema. As if they were in a movie theater, out of time and space, people find refuge in their own silence while the melodies of Nino Rota get lost in the smoke of their cigarettes. In the words of the director: “The time to smoke a cigarette is approximately ten Minutes. Where does our mind travel during that interval? I imagine it does so like tobacco smoke and music, which travel suspended in the air to be lost… I’m not alone, some people need to take refuge in fantasy too from cinema, tea and cigarettes.”