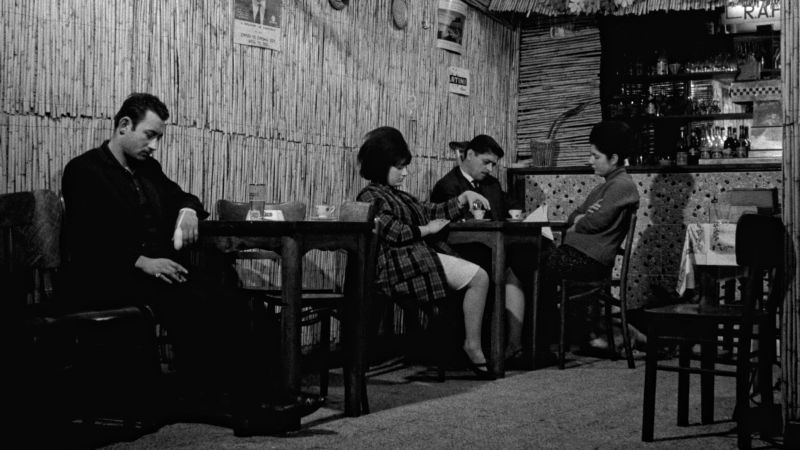 “You’re asking me to tell you a story with beginning, middle, and end. Its beginning happens every moment and the end doesn’t fit in the screen you see.” The words of director Lambros Liaropoulos himself become the conceptual anchor of a stylistically ambitious but above all unbearably personal, hybrid visual document, where the city, the country, the era, and the political transformation is intertwined with the cinema d’auteur. The film is the first and last feature by a director who passed away very young, leaving behind a small body of work (in Theo Angelopoulos’s words, “Liaropoulos’ work was quite large, but it seems that even his colleagues were not aware of it“). It is as much an autobiographical record as it is a commentary on the crucial decade of 1965–1975; it is about time that sculpts, creates, and destroys, about the changing world around us, about Athens and Greece. It sets off as a first-person essay, with Liaropoulos explaining that “the film we are making has no plot or actors. The film’s protagonists are time that passes and the changing world around us. This world contains us all; everyone who has a job, children or people they love. It is our homes, the city we live in, our country. The film camera captures images of everyday life and their meaning.” The film incorporates his two short films, Letter from Charleroi, shot in 1965 when he was still working as Henri Langlois’s assistant at the French Cinémathèque, and Athens, a Smiling City, shot in 1967 just before the rise of the dictatorship. These images are all tied together to form a riveting attempt to talk about the relationship between the director and the country as they try to adjust to a new decade, a new era. His relationship, and ultimately the relationship of all of us with life and with our own country. The film will be screened in a newly restored digital copy (DCP), created for the purposes of the event Motherland, I See You, with English subtitles and Greek subtitles for the Deaf or Hard-of-Hearing (SDH).