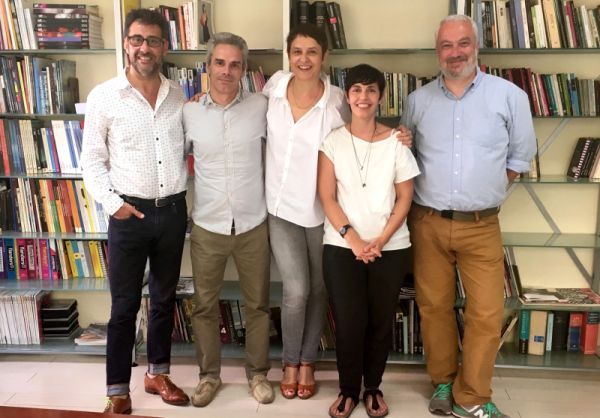 Following the nomination of Elise Jalladeau as the new General Director of the Thessaloniki International Film Festival (TIFF) and the appointment of Orestis Andreadakis as TIFF’s new Artistic Director, the Festival is happy to announce a set of changes regarding the structure of its programming team.

TIFF entrusts three of its basic collaborators, with extensive professional experience and expertise in the field of cinema, with key-roles in the renewed artistic program.
Yorgos Krassakopoulos, film critic and TIFF’s programmer, is the new Head of Programming of the Thessaloniki International Film Festival held in November; Dimitris Kerkinos, TIFF’s “Balkan Survey” programmer, is henceforth also the new Head of Programming of the Thessaloniki Documentary Festival held in March and Yianna Sarri, Head of Agora / Industry, is now also consultant for innovative programs & new technologies.

The new team, lead by their common passion for cinema, will contribute in renewing the Festival’s program, while continuing to discover the new talents of tomorrow’s filmmaking and promote films that fascinate the audience.

In addition, we remind you that the rest of the team of the Thessaloniki International Film Festival -regarding the International and Greek Program, as well as the Agora Industry / Doc Market of TIFF and TDF- remains as follows: