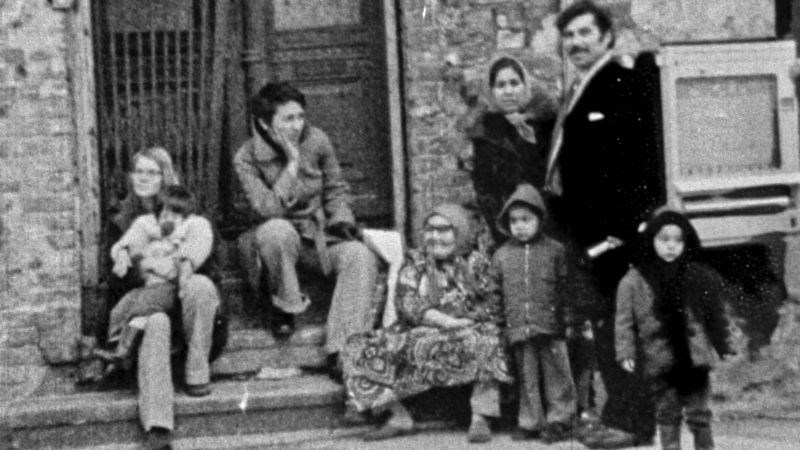 The Kreuzberg district of West Berlin is home to foreign workers – Greeks and Turks who are struggling for a better future while trying to maintain their national identity. The lives, problems, and collective political action of the Gastarbeiters are explored in this great documentary by Giorgos Karypidis, who had himself lived and worked as a director for SFB national television in Berlin. Karypidis is a filmmaker with comprehensive knowledge of the constantly evolving international socio-political situation, which he gained through working and studying in different countries. He had all the tools for creating a cinema with an open antenna to international social issues. Whether through documentaries or through his later classic noir films, the common thread always returns to situations and heroes who carry their existential weight with a hopeful eye to the future. In this exemplary social documentary, far from any attempt to establish a narrative of emotional ease, Karypidis captures the collective anguish of entire generations who found themselves rootless. The film will be screened in a newly restored digital copy (DCP), created for the purposes of the event “Motherland, I See You,” with English subtitles and Greek subtitles for the Deaf or Hard-of-Hearing (SDH).