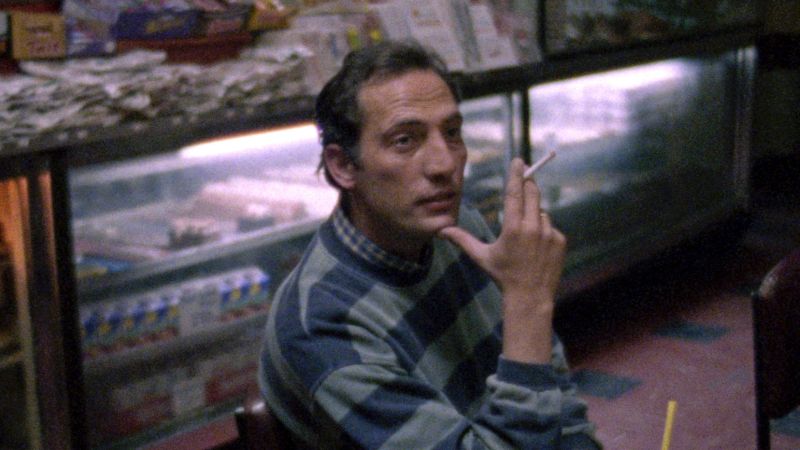 Life in the main railway station of Athens, on a spring night in 1995. Filmed over the course of four weeks, but applying the chronological structure of a single evening, the film is a gallery of people who frequent the station: homeless people, soldiers, and immigrants define a space where different worlds meet and coexist. Eva Stefani’s graduation film not only introduces us to a defining figure of the Greek avant-garde, but also to the world of observational documentary that she serves, allowing her characters to occupy the cinematic space that mainstream cinema often denies them. The exercise of observation inevitably affects what is observed, but Stephani wanders through this space, coming closer to her subjects until they become familiar with the intrusion of the camera: in the end, she grants her – almost invisible – heroes the absolute freedom of movement and expression – a feature that is almost unattainable on film. This way, she ends up exploring the very dimension of truth through image, prompting the viewers to lose themselves in a real universe, where the most improbable people – some of them marginalized – find their voice, travel to unexplored corners of their psyche, and define their own world. Observation becomes a journey to another place, both familiar and unfamiliar. A Station rendered meaningful by its occasional residents. The film will be screened in a newly restored digital copy (DCP), created for the purposes of the event Motherland, I See You, with English subtitles and Greek subtitles for the Deaf or Hard-of-Hearing (SDH).