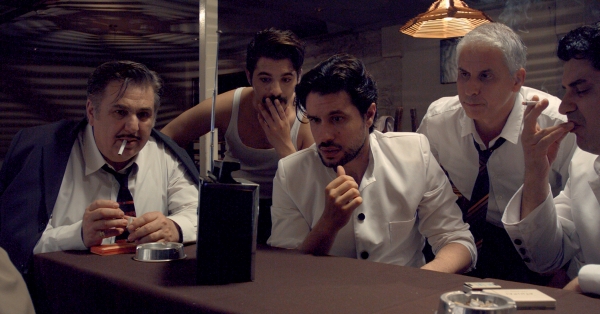 He was born in Constantinople (Istanbul) in 1957 and studied Physics at the University of Athens and Film Production and Direction at UCLA. His second feature, A Touch of Spice, became the biggest hit ever in Greece and was distributed in 36 countries all over the world. It screened at numerous international film festivals and won eight Hellenic National Film Awards.

1983 Landscapes
1989 The Dream Factory
2003 A Touch of Spice
2016 Mythopathy
2018 1968
April 4th, 1968. The Kallimarmaro Stadium is abuzz, with thousands of people gathered and millions listening through their radios. The AEK Athens vs Slavia Prague basketball game has just begun. A girl in love is dreaming of her wedding day, while the future husband becomes more desperate with every Greek ball going through the hoop. An elderly husband and wife remember the home they left behind. A young communist prisoner cheers from his jail cell and a betting shop becomes the place where old and new wounds resurface. Years before this night, three Constantinopolitans decided to create an athletic union that will tell their story. At the end of this night, Greek history will have changed forever.
Screening Schedule