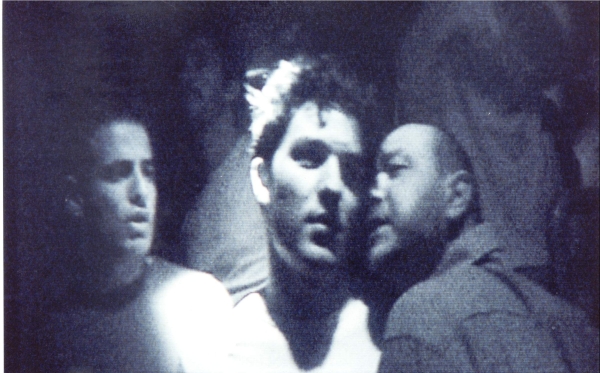 Director-producer Kyriakos Chatzimichailidis graduated from Evgenia Chatzikou’s Faculty of Film Direction. He has attended seminars on Stanislavski’s System in the Greek-American Union, on Photography, Scriptwriting, Information Τechnology and Computing. He worked in many short films as production manager and producer, and directed several short films and theatrical plays. He has been involved in tens of short films, either as a collaborator or providing assistance. He gives seminars on Scriptwriting, Directing, Actor Training, and Film Production. He is also a Film Tutor for “Olivepress - Art Factory” at Dromonero, Chania. At the moment, he is preparing his first feature film. In December 2000 he founded t-shOrt, a civic non-profit company specializing in the production and distribution of short films and short artistic events.

1990 Βetrayal (short)
1996 The Jaws of Death (short)
1997 Panagi Tsaldari Street (short doc)
2000 Maniana's Love (video art)
2001 Men Don't Cry (short)
2004 Last Try (short)
2014 Icarus - Jump into the Future (short animation)
2015 Breathings (video art)
The unexpected visit of a bedraggled, homeless and sick young man at the home of a bank executive brings back images of the past and upsets his calm and orderly life in the most tragic way.
Screening Schedule