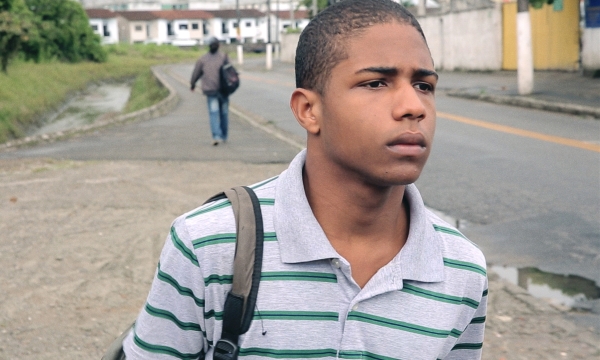 Alex Moratto is a Brazilian-American filmmaker. His award-winning short films Nowhere to Be Found, The Parting, and The Other Side have screened at international film festivals. He received his BFA from the UNC School of the Arts where he was a Kenan Excellence full scholarship recipient and winner of the DGA Student Film Jury Award for his thesis. He resides in California and São Paulo.

After his mother’s sudden death, Socrates, a teenager living on the margins of São Paulo’s coast, must learn how to stand on his own feet without a survival guide. Made by a crew of 16- to 20-year-olds with the minimum budget possible and produced by American director Ramin Bahrani, this deeply personal film becomes a weapon in the struggle for social inclusion and at the same time a proof of the power of cinema to transform reality.