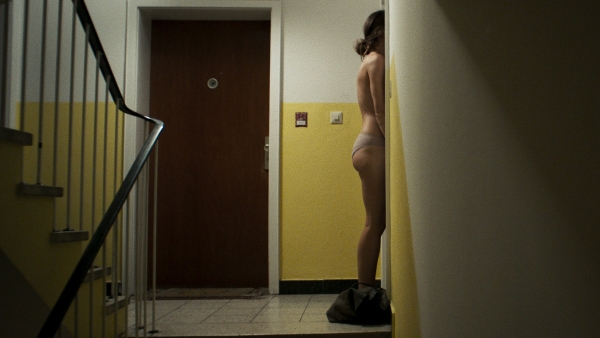 Born in Berlin in 1983, Eva Trobisch worked as an assistant in theater, then in film. In 2009, she enrolled at HFF München to study Film Directing, was a visiting student at New York University’s Tisch School of the Arts, and enrolled in a master’s program in Screenwriting at the London Film School in 2015. All Good is her graduation film.

2010 Mondays (short)
2013 The Way You Kiss (short)
2014 Luck or Something (short)
2014 Two Summers
2016 Nevermind (short)
2018 Alles Ist Gut | All Good
A woman who is raped by a relative of her new boss chooses to heal her trauma with silence: She pretends that nothing has happened and tries to maintain her job and partnership routine, considering she will regain control of her life through reason, without falling into the role of the loser... Uncannily written long before the storm of #MeToo, this powerful story prompts us with disarming lucidity and subtle irony, to think of boundaries – between genders, superficial or inner expressions, our private or public faces – not as barriers, but as fragile fields of negotiating our integrity.
Screening Schedule