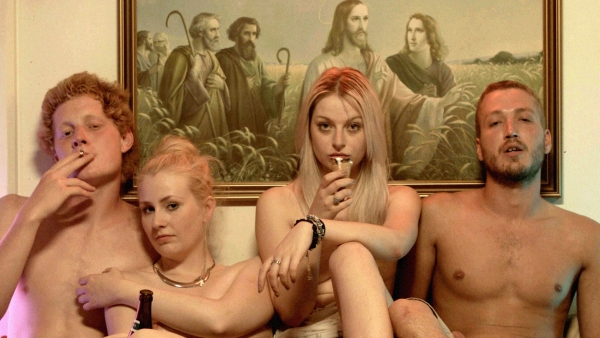 Kasper Rune Larsen was born in 1986 Vejle, a suburbian area of Denmark with around 50,000 inhabitants. He started to shoot and direct films with a contemporary mix of skateboard culture, heavy drinking and bound-to-go-wrong stunts. At the beginning of 2010 Kasper attended film college; his graduation film Epoch got some local attention and secured him funding for his next short film The Man Who Didn’t, which got him into the anarchistic film school Super8. During his three years at Super8, he wrote and directed his first feature, Denmark.

2011 Epoke | Epoch (short)
2013 The Man Who Didn't
2017 Danmark | Denmark
A twenty-year-old slacker who spends his prolonged adolescence in a dull small town in Denmark – drinking beer, smoking joints, and wandering aimlessly, according to the stereotype – feels a sense of purpose for the first time in his life when a sixteen-year-old girl tells him she’s pregnant with his baby. Α strongly autobiographical, heartfelt portrait of a desperate generation that learns from an early age not to have expectations, exceeds all expectations in its turn, by avoiding obvious conclusions.
Screening Schedule