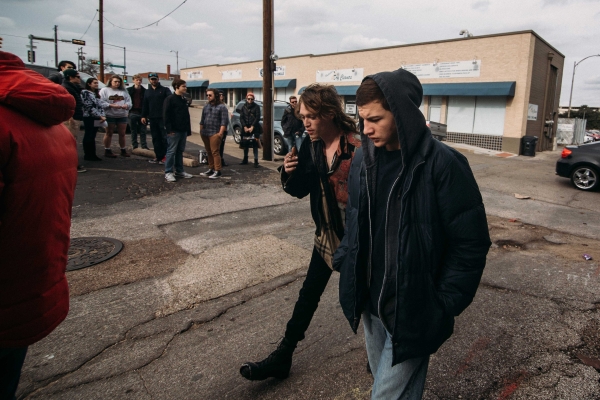 In 2013, A. J. Edwards wrote and directed his first feature, The Better Angels, which centers on the youth of Abraham Lincoln. It debuted domestically at the 2014 Sundance Film Festival and internationally at the prestigious 64th Annual Berlin International Film Festival. It opened theatrically nationwide in the fall of 2014. Friday’s Child is Edwards’s second feature as writer and director.

2013 The Better Angels
2018 Friday's Child
Eighteen-year-old Richie bids farewell to his childhood, when he is forced to leave foster care after social services’ advice, and find random jobs to sustain himself. On the streets of the American South, he finds a frenemy, he falls in love with a girl from a different social class, and becomes the main suspect for a robbery, worse luck. In the hands of a loyal disciple (and editor) of Terrence Malick, a layered crime-and-punishment story turns into an astonishing lyrical poem about injustice, loss, and redemption.
Screening Schedule