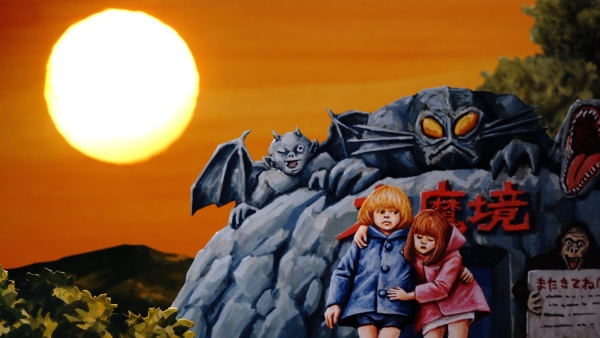 Ujicha was born in 1986 in Kyoto, Japan. He graduated from Kyoto Saga Art University. After creating a few short “gekimations,” he made his feature debut with The Burning Buddha Man (2013) which was shown in Yubari International Fantastic Film Festival, Fantasia Film Festival (Canada) and other European festivals. Violence Voyager is his second feature film.

2013 Moeru butsuzou ningen | The Burning Buddha Man
2014 Fool Japan: The ABCs of Tetsudon
2018 Violence Voyager
An American boy named Bobby and his friend Akkun set out for the mountains to build a secret hideout. On their way, they stumble upon a mysterious amusement park called “Violence Voyager.” It doesn’t take long for things to get weird, as the boys discover a group of scared children who can’t seem to escape from the park, and soon find themselves under attack by robot-like humanoids. A fine specimen of geki-mation – a unique technique that is based on hand-painted paper cutout – chock-full of references to horror and sci-fi b-movies, and thirsty for blood, human flesh, fire, and action.
Screening Schedule