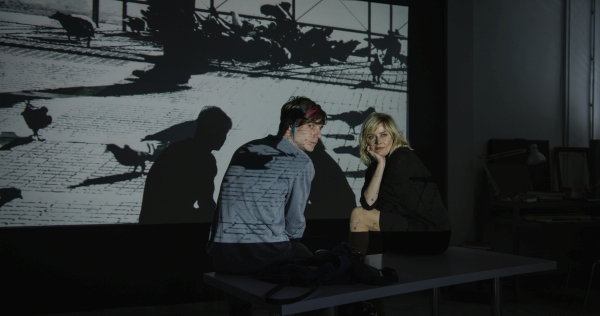 Born in Athens, she studied Economics at the University of Athens and Cinema Studies at the Sorbonne University. She works as a film director, screenwriter and producer. Her previous film, Amnesia Diaries, won the Best Documentary award at the Hellenic Film Academy Awards in 2013 and was selected in Cinéma du Réel, Paris.

Iris, a teacher in her early forties who works at a Fine Arts School, assigns to her students an exercise on a “free subject.” It is a time when social behaviors and values are being called into question. The 20-year-old students are thrilled at the idea of being free to choose their own subjects. They create an “imagination factory” that has no limits. After finding Iris’s lost cell phone, provocative Yorgos bases his “free subject” on his fictitious recreation of his teacher’s life.