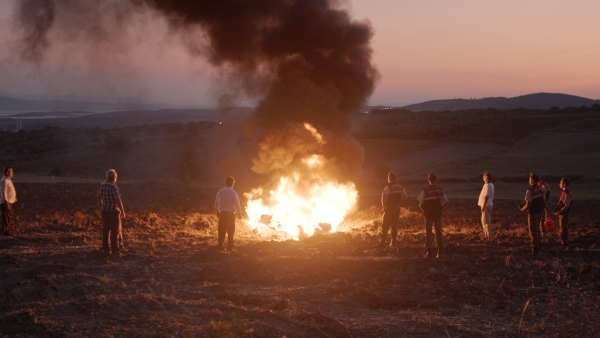 Born in Germany, Tarık Aktaş lives and works in Istanbul. He signed several short films including Brothel of Subconscious (2006) and Video of Circumcision (2007). His latest experimental video, Basiret (2017), is a part of his upcoming multimedia exhibition “Supersensible.” Dead Horse Nebula is his first feature film.

2006 Bilinçaltı Genelevi | Brothel of Subconsciousness (short)
2007 A Video of Circumcision (short)
2017 Basiret (short)
2018 Dead Horse Nebula
When Hay was seven years old, he found a dead horse in an open field and watched his father and other adults struggle to get rid of it. Unsure of this memory, this incident has had a great impact on him and, when he cuts himself during a sacrificial rite, everything comes flashing back. Step by step, Hay goes down an inevitable and spiritual path where he confronts the relationship between human and nature, the unity of matter and the living.
Screening Schedule