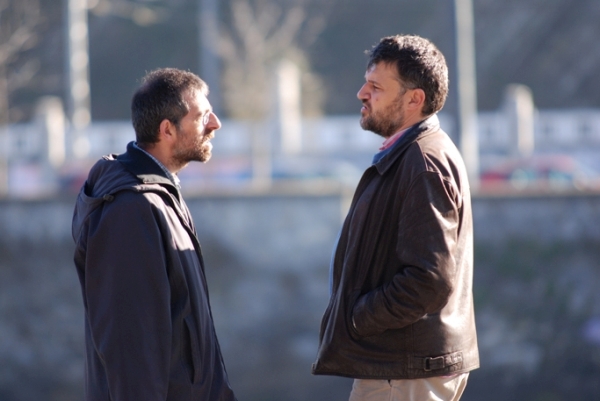 After receiving a degree in Business Economics from ESADE, Jaimes Rosales’s devotion to film was fostered when he won a scholarship in 1996 to study film at the prestigious International Film and Television School in San Antonio de los Baños (EICTV) in Havana and then at the Australian Film, Television and Radio School (AFTRS) in Sydney. Since 2000 he has developed all his projects as a director with his production company Fresdeval Films.

2003 Las horas del día | The Hours of the Day
2007 La soledad | Solitary Fragments
2008 Tiro en la cabeza | Bullet in the Head
2012 Sueño y silencio| Dream and Silence
2014 Hermosa juventud | Beautiful Youth
2018 Petra
A seemingly ordinary man who is consumed by random encounters and petty tasks ends up in a car with two other men, on a journey of no return. A meditation on the nature of violence, which gives a new definition of “observational cinema,” purposefully following an elliptical form to encourage the viewers to approach the object of observation at their discretion, filling in the gaps with their own interpretation of the events.
Screening Schedule

Bullet in the Head