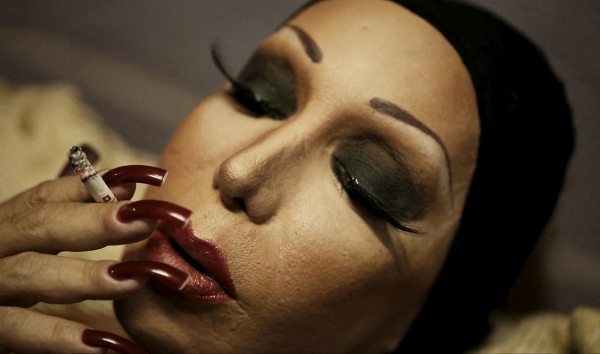 2015 Exotica, Erotica, Etc. (doc)
2018 Obscuro Barroco (doc)
Obscuro Barroco is a documentary-fiction about the dizzying heights of gender and metamorphosis. It is also a cinematographic homage to a land of extremes, the city of Rio de Janeiro. Following the path of iconic transexual figure Luana Muniz (1961–2017), the film explores different quests for the self through transvestism, carnival, and political struggle. In turn, it poses questions about the desire to transform our intimate and social body.
Screening Schedule