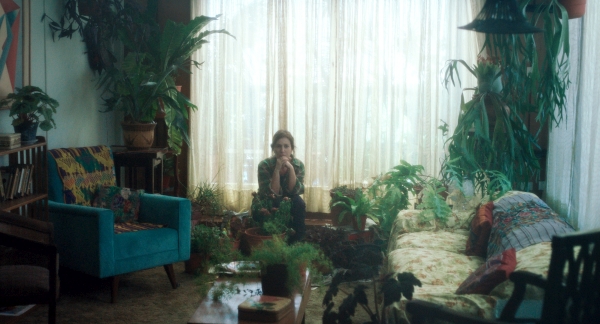 María Alché is an Argentinian film director, actress, and photographer. She studied Philosophy at Buenos Aires University (UBA) and graduated with a Bachelor of Arts degree at ENERC (Institute of Film and Audio Visual Experimentation). She has starred in numerous art-house films, directed several short films, like Gulliver, Noelia, Winter 3025, among others, and produced her own photographic work, Fakes, for which she received awards worldwide. Developing her own language and navigating through specific topics such as family, emotional bonds, time, space, and suspense, her film work went into competition in various film festivals, receiving awards worldwide. A retrospective of her work also took place in Valdivia Film Festival.

2012 Noelia (short)
2015 Gulliver (short)
2018 Familia Sumergida | A Family Submerged
One hot summer in Buenos Aires, Marcela’s sister suddenly passes away. Now that she is the oldest member of the family, she’s called to erase the traces of the deceased, by purging her apartment and packing family heirloom. When a friend of her daughter’s offers to help, she finds refuge in their unclassifiable relationship, a place to hide from the cynical world and gain time as she tries to make sense of herself. A delicate elegy on the elements of surprise and finitude that give life its meaning, even when provoking a sense of vertigo.
Screening Schedule