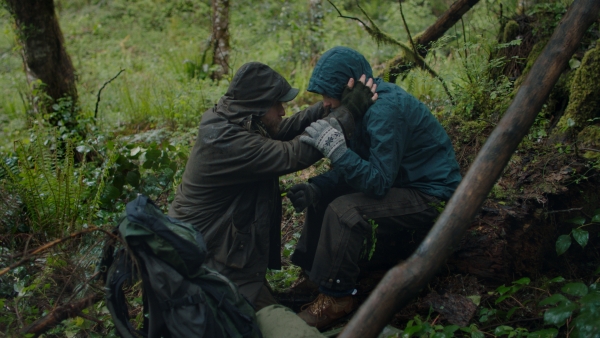 Debra Granik is the director and co-writer of Winter’s Bone, which was nominated for four Oscars, including Best Picture, and featured Jennifer Lawrence and John Hawkes. Granik and co-writer Anne Rosellini were also Oscar nominated for Best Adapted Screenplay. Her first film, Down to the Bone, won Granik the Best Director prize at the 2004 Sundance Film Festival and starred Vera Farmiga. In 2015, Granik completed Stray Dog, a feature documentary, which aired on Independent Lens and was nominated for an Independent Spirit Award.

1997 Snake Feed (short)
2004 Down to the Bone
2010 Winter's Bone
2014 Stray Dog (doc)
2018 Leave No Trace
A war veteran who has withdrawn from society and has settled in the depths of a national park in Oregon with his teenage daughter as his sole companion, will be detected by state forces and thus obliged to return to the so-called “civilization” and part from his child. A filmmaker with a strong background in observational documentary returns to her preferred subject matter – the notion of the outcast in our times – to deliver, in her own words, a modern version of William Shakespeare’s The Tempest based on a true story. At the same time, she places a great talent on the map (Thomasin McKenzie in her first appearance on film), as she did in the past with Jennifer Lawrence in Winter’s Bone.
Screening Schedule