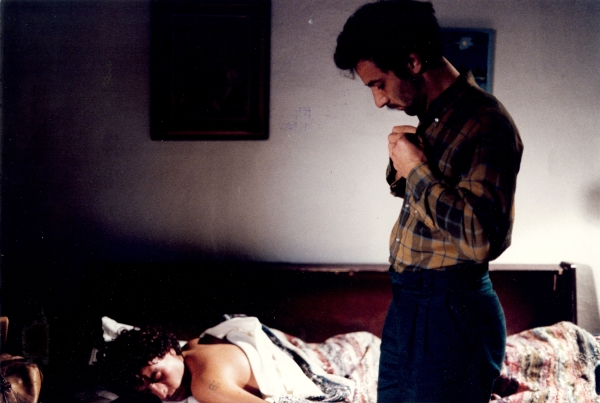 Yorgos Korras was born in Derveni, in 1948. He studied Film at the Stavrakos Film School and Greek Literature and History at Athens University. He has worked as a journalist and critic for newspapers and magazines, as a director and supervisor of radio programs, and as a film director. He is also the co-author with Christos Voupouras of the book Mirupafshim tha pei kali antamosi [Mirupafshim Μeans “Farewell, till we Meet Again”], published by Hestia Publisher. For the last 25 years he has taught Film Aesthetics at private schools and at the Film Department of the Aristotle University of Thessaloniki. Recently, he published a theoretical and historical study on the expressive means of cinema, entitled Gefsi tou sinema [The Flavor of Cinema].

Α fresco of life in a small country spa, as it unfolds before the eyes of Christos, a young man from Athens. Christos is led there, dazzled by a youth, Manolis, in whose person all the contradictions of his social milieu come to life. At first an insubordinate wildcat who has deserted from the army three times, Manolis will re-enter his social world, becoming assimilated into it little by little and bringing to light all the characteristics of his alienation. Money is the basic reason for Manolis’s alienation as well as that of the other inhabitants of the spa, which lives and prospers thanks to the local tourist trade.
Screening Schedule