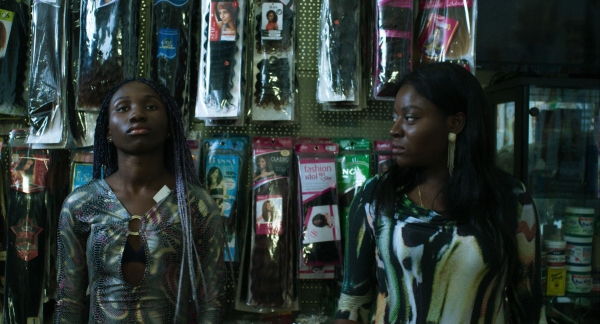 Born 1968 in Ludwigsburg, Germany, to Iranian parents, Sudabeh Mortezai grew up in Tehran and Vienna. She worked as a programmer for film festivals and organized a number of film events in Vienna. After completing UCLA’s certificate program in Film, TV, and Digital Entertainment Media in 2003, she worked as an assistant director and production manager, and directed and produced several short films. Macondo, her feature debut, premiered in competition at the Berlinale 2014 and garnered numerous international awards.

2006 Children of the Prophet (doc)
2010 Im Bazar der Geschlechter (doc)
2014 Macondo
2018 Joy
Joy is one of the thousands of Nigerian women that have ended up on the streets of Europe, trapped in the vicious circle of sex trafficking – where other women work as pimps. With the money she earns, she supports her family in Africa, saves for her young daughter who lives in Vienna, and is about to pay off her debt to her “Madam.” However, Madam does not mean to let her go: she instructs her to supervise a young prostitute and slowly induct her into this underground world, thus rendering her a victim and an accomplice at the same time. A harsh, necessary, insider’s look into a new colonial system of global inequality, a film that forces European citizens to pull their heads out of the sand and empathize with different people struggling for a different take on “success.”
Screening Schedule