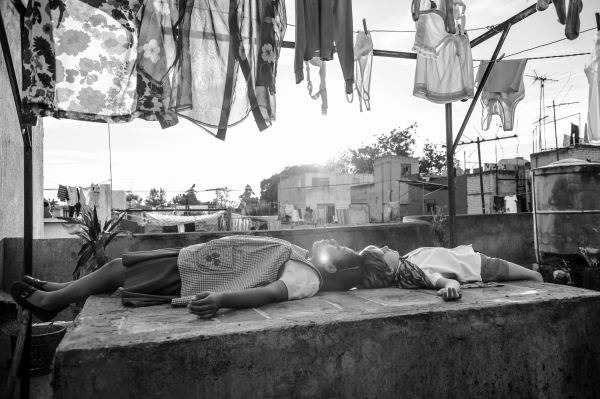 Alfonso Cuarón is a two-time Academy Award winner who has written and directed a wide range of acclaimed films. He most recently won two Oscars for directing and editing the sci-fi drama Gravity, which he also co-wrote with his son Jonás. He made his feature film directorial debut with the dark comedy Sólo con Tu Pareja (Love in the Time of Hysteria) and soon after that started to shoot films in Hollywood, next to productions in his home country. He executive produced the documentary This Changes Everything, directed by Avi Lewis, which explores the impact of economic models on climate change.

Alfonso Cuarón follows the footsteps of a young domestic worker for a family in Mexico City’s middle-class Roma neighborhood. Delivering a love hymn to the women who raised him, Cuarón draws on his own childhood to create a vivid and emotional portrait of social hierarchy in Mexico, amidst the political turmoil of the 1970s. The Golden Lion that this Netflix production received in the latest Venice Biennale has changed radically the whole landscape of film industry.