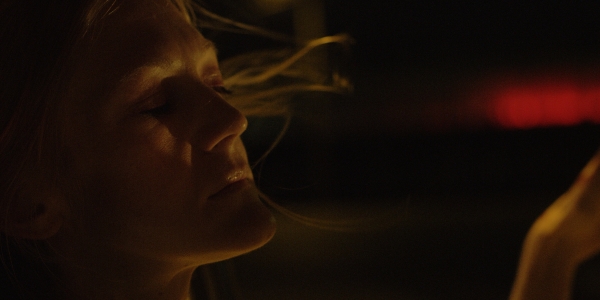 Ever since he saw a T-Rex wrestling King Kong, Dean Kapsalis have dreamed of making films. He was raised in Fort Lee, New Jersey, the birthplace of the American film industry, where pioneers D.W. Griffith, Charlie Chaplin and Mary Pickford shot many films before moving to the West Coast. After discovering his hometown’s history, Dean’s love for filmmaking grew. Dean is a graduate of NYU’s Tisch School of the Arts and worked for Merchant Ivory and Miramax Films. He also wrote and directed several short films that have screened all over the world. His favorite films are Vertigo, Rosemary’s Baby and 2001: A Space Odyssey.

2000 Jigsaw Venus (short)
2004 Sara Goes to Lunch (short)
2018 The Swerve
Holly seems to have it all: two kids, a nice house, a good job as a teacher, and a husband with his career on the way up. But there are troubling signs that all is not right in her world. The insomnia. The medication for the insomnia. The dreams from the medication for the insomnia. (Are they even dreams?) And then there’s the mouse that appears in her home. This is the final blow that sends her spiraling out of control. In this haunting update on a classical tragedy, a new director that was raised with the films of Polanski, Hitchcock, and Bergman explores a week in the life of a woman on the verge and proposes his own version of catharsis.
Screening Schedule