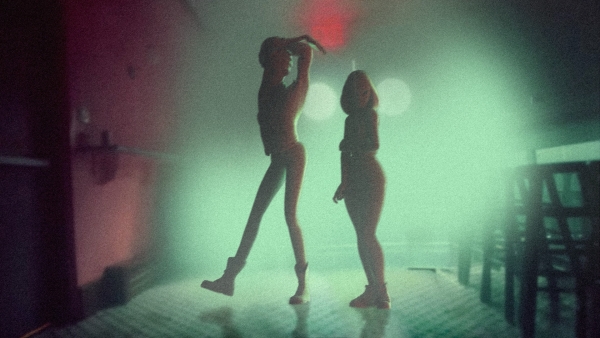 Nico Casavecchia is an Argentine director, screenwriter and illustrator based in Los Angeles. His work employs mixed media techniques ranging from animation to live action. Nico directed A Boy and His Atom, a stop-motion animated short film created by IBM Research scientists. It was made by moving carbon monoxide molecules, and is recognised by the Guinness World Records as the world’s smallest stop-motion film. Nico’s work has been showcased in Wired, BBC, and The New York Times, and film festivals as Sundance, BAFICI, Siggraph, Ars Electronica, and more.

Battlescar follows a year in the life of Lupe, a Puerto Rican-American living in New York in the late 70s. The film utilizes her handwritten journal to guide us through her experiences spanning across the year 1978 as she meets Debbie, another runaway kid. A coming-of-age drama that explores the theme of identity through the use of animation and immersive techniques.
Screening Schedule