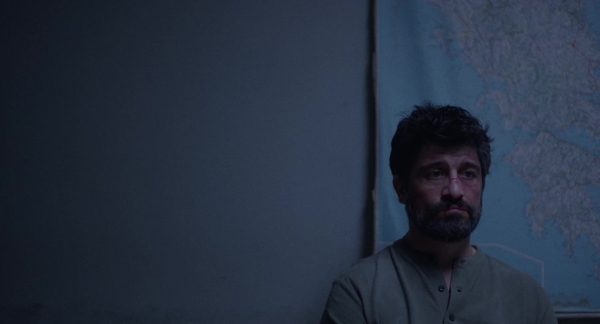 He was born in Athens in 1989. He has studied Film Directing at the Hellenic Cinema and Television School Stavrakos and Mathematics at the National and Kapodistrian University of Athens. Torpor, his first film, was created for the “Microfilm 2017” program of the Hellenic Broadcasting Corporation (ERT) and the Mediterranean Film Institute.

2018 Torpor (short)
In the streets of fear, residents are searching for their local “heroes.” Bodies become docile, desires are suppressed and Alexandros remains a child of his age, against the imperatives of the era, of society and – above all – against the will of his father. Alexandros will need to abandon his teenage self once and forever and choose sides in an undeclared war, in a present shaped by others for him. (Special Award for a Newcomer Director “Dinos Katsouridis”)
Screening Schedule