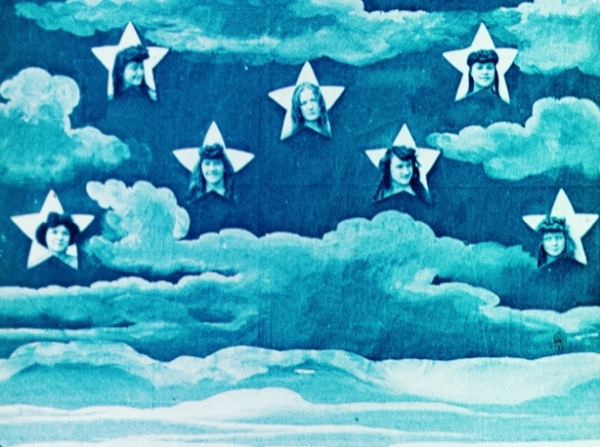 Born 1982 in Vienna, Johann Lurf studied at the Academy of Fine Arts in Vienna and the Slade School of Art in London. He graduated from Harun Farocki’s Art and Film Studio in 2009. He received the Austrian Federal Grant for Video and Media Art and participated in Artist-in-Residence programs at the MAK Center for Arts and Architecture in Los Angeles in 2011, as well as the School of the Art Institute of Chicago in 2015. His artistic practice involves observational and documentary filmmaking specializing in the field of structural film and includes an approach to found footage which is strongly focused on filmic language itself.

When staring at the evening sky, we revere the stars and try read the future, even if we are aware that the light that reaches us comes from stars that are long gone. A genuinely romantic experimental director (and student of Harun Farocki) seems to have as a starting point this charming paradox, as he attempts to imprint on the film’s photosensitive emulsion the movement of the stars in the skies. A sensual anatomy of the medium’s typical attribute – the dialogue between the rays of light and the palpable darkness in the cinematic apparatus – that takes us to another dimension, on the cinema’s eternal star boulevard.