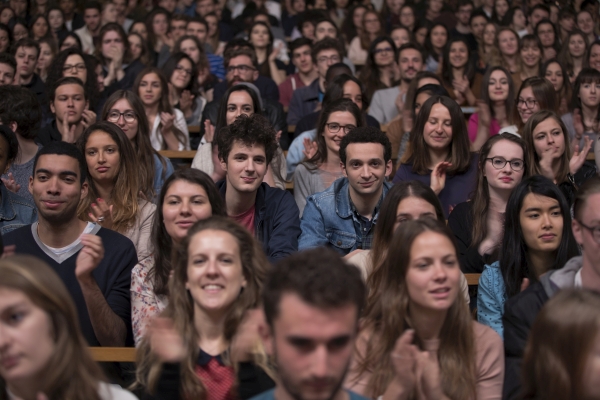 Thomas Lilti (born 30 May 1976) is a French family doctor, screenwriter and film director. He is best known for his three movies series about the medical field:Hippocrate (Hippocrates: Diary of a French Doctor) in 2014, Médecin de Campagne (Rural Physicians) in 2016 and Première année (Freshmen) in 2018.

In the most famous Medical School in Paris, amphitheaters are heated with the excessive effort of the freshmen who prepare for their annual exam: only a 2% of them will make it to the second year from the first time around. As this extreme selection process is focused on “the ability to digest as much information as possible,” students self-organize, trying different recipes for success. In this highly antagonistic environment, a strong friendship is born. A mandatory core course on the revision of the true meaning of education and an anatomy lesson on a lifetime relationship.

“The tribute entitled "Life Lessons" is implemented by the Operational Program “Human Resources Development, Education and Lifelong Learning” and its co-financed by the European Union (European Social Fund) and Greek National Funds.”

Free Admission
A zero value ticket is required for your admition to the screening.