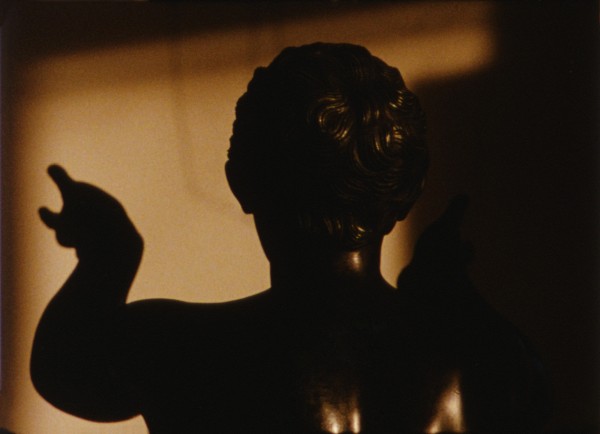 A five-minute film that stands as an exquisitely wrought portrait of the small statue of the title, as well as of the artist/friend in whose apartment it resides. Beavers pans briskly up and down the figure’s sleek surface, as if to summon its spiritual, nurturing power, cutting these moves with shots of its head, its torso, and an arm gracefully poised. Sounds are minimal and precise. Without a single shot of the apartment’s occupant, images and sounds carve a portrait of a solitary life.
Screening Schedule

Born in Brookline, Massachusetts, Beavers attended Deerfield Academy before meeting the independent filmmaker Gregory J. Markopoulos in 1966. They moved to Europe in 1967 and removed their films from distribution; Beavers did not show his films in the United States again until 1996. Beavers made films in Greece, Belgium, Switzerland, Germany and Italy. Βeavers currently lives with the German filmmaker Ute Aurand and shares his time between Berlin and Massachusetts.