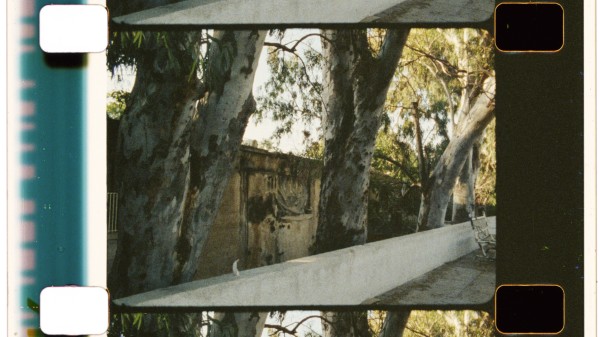 It is deadly quiet on this lazy afternoon. The city seems abandoned, as if a disease has wiped out the population, except for a silent figure sitting on a bench. Old factories and their machinery, warehouses, train lines and shabby buildings in the city of Piraeus, are juxtaposed to ancient statues and moments. Two worlds co-existing and colliding at the same time, a distant past and a fading present. A four-minute poetic meditation on the stillness of time.
Screening Schedule

Born in Brookline, Massachusetts, Beavers attended Deerfield Academy before meeting the independent filmmaker Gregory J. Markopoulos in 1966. They moved to Europe in 1967 and removed their films from distribution; Beavers did not show his films in the United States again until 1996. Beavers made films in Greece, Belgium, Switzerland, Germany and Italy. Βeavers currently lives with the German filmmaker Ute Aurand and shares his time between Berlin and Massachusetts.