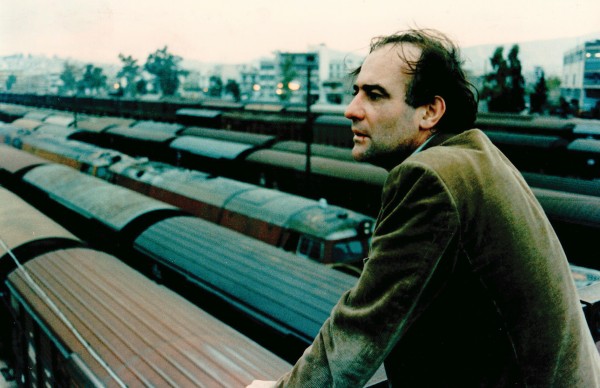 Υorgos Karipidis (1946–2019) was born in Thessaloniki in 1946. Always a restless spirit, after graduating from high-school, Υorgos went on to study painting at the Academy of Arts in Amsterdam and filmmaking at the Netherland’s Film Academy. His iconic film Last Station Kreuzberg, shot in Berlin, won second prize for short film in the 1975 Thessaloniki Film Festival. Politically active, a culturally and socially engaged artist, Karipidis also spent time writing articles and short stories for newspapers and magazines. He served as president of the Greek Directors’ Guild (1988–1990). He was among the planners of “Anti-war Cinema Week” (2003), the publishers of the magazine Zero for Conduct and the producers of the anthology film @thens Blogs. Giorgos Karipidis shined not only as an artist, but also as a good-natured and upstanding personality. His close ones speak of a man who lived his life in accordance with his values. A dreamer with an uncompromising sense of justice, a modest and kind person, empathetic towards others, especially those facing social injustice.

1967 Limit (short)
1975 Last Stop: Kreuzberg (short doc)
1979 The Painter Theophilos (doc)
1982 Dangerous Game
1986 Witches (TV movie)
1988 In the Shadow of Fear
1995 Bewitched
2004 Utopia
2012 And God made the... Greeks
A musician is wrongly accused of counterfeiting, triggering a deep sense of guilt stemming from the barrenness of his life. On the run, he tries to find a new identity and redefine himself in an unfamiliar country. An existential drama in the form of a dreamlike thriller, which stands out for its dark atmosphere, ominous music and photography, and Υorgos Konstas’s performance.
Screening Schedule

In the Shadow of Fear