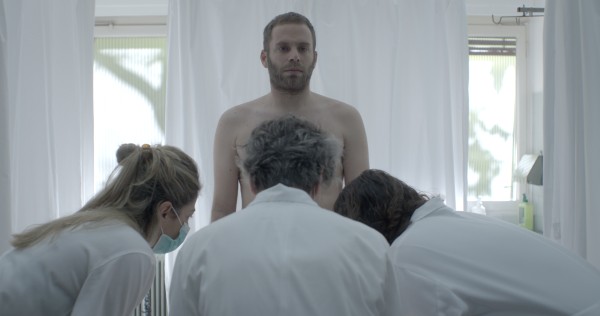 Giorgos Georgopoulos has studied Directing at the Hellenic Cinema and Television School Stavrakos, in Athens. Later on, he studied Sociology in Rome at Universita Roma I “La Sapienza.” Finally, he studied European Culture at the Hellenic Open University. Along with his studies, he started his career as a film editor and soon thereafter as a director and producer, mainly of TV commercials, documentary films and educational TV series for national television. In 1999 he returns to Greece and undertakes Multivision, a production company based in his native city of Athens, producing films, documentaries, commercials, and music videos.

Aris, a very successful sales manager, is going through the most crucial week of his life. Starting from a random blood donation, womanizer Aris finds out he’s carrying a rapidly spread sexually transmitted virus that is lethal for women. Trying to find out who is the woman that gave him the virus by meeting a different one of his exes each day of an entire week, Aris will have to face the consequences of his past choices and actions.

Not to Be Unpleasant, But We Need to Have a Serious Talk