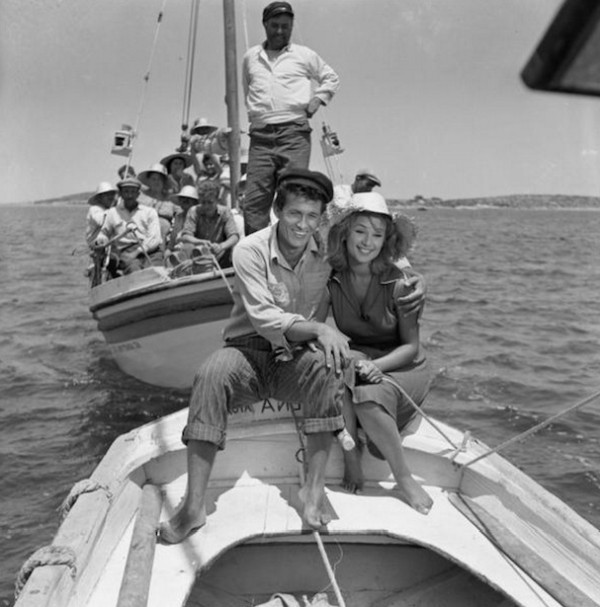 Following her father’s death, the daughter of a poor fisherman tries to take over his fishing boat to support her six underage siblings. She is faced with the harsh rivalry of a handsome captain, whom she eventually falls in love with. The sea of Antiparos, which seems to gleam golden in Walter Lassaly’s black-and-white film, the music by Manos Hadjidakis, writing some of his best movie melodies, and, of course, Aliki Vougiouklaki, who instantly shot into the pantheon of Greek cinema with this film, are just a few of the reasons why Madalena has remained unsurpassed to this day.