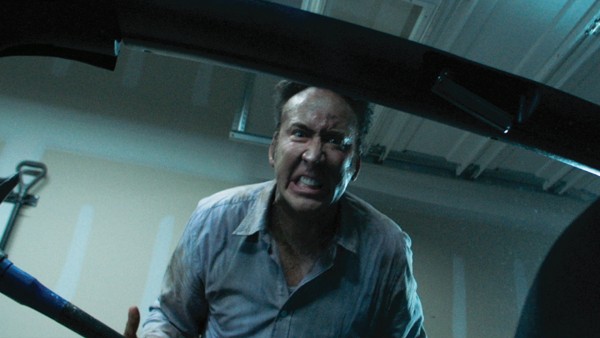 Brian Taylor grew up in the vast suburbia land of Southern California. After traveling around the world in punk bands, he enrolled in a ten-month educational film program. Taylor shot two indie features as a director of photography before teaming up with Mark Neveldine and knocking out campaigns for Nike, Powerade, Budweiser, etc. His first solo feature, the dark satire Mom and Dad, premiered at the 2017 Toronto International Film Festival.

2006 Crank (co-directed)
2009 Crank 2: High Voltage (co-directed)
2009 Gamer (co-directed)
2011 Ghost Rider: Spirit of Vengeance (co-directed)
2017 Mom and Dad
2017-2019 Happy! (TV Series)
At first, we get a glimpse of a seemingly ordinary day in the discordant ordinary life of a generic middle-class suburbia family. As they all go their separate ways for yet another day of work, school, aerobics class, etc., it gradually emerges that something unthinkable has occurred. A mysterious and terrifying frenzy has suddenly taken over parents who try to murder their own children. A blood-bathed and wickedly dark horror comedy that questions the rock foundation of our society. Kids, from now on, you should take nothing for granted. Not even your parents’ love!
Screening Schedule