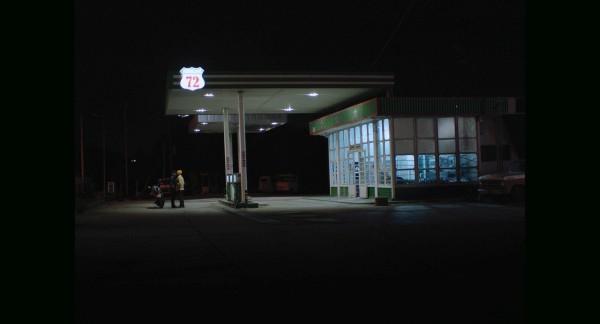 He is a Greek director. With his film The Silence of the Dying Fish (2018) he participated in a number of international film festivals, such as the ones in Locarno, Sundance and Palm Springs. His latest film The Distance between Us and the Sky (2019) won the Short Film Palm D’Or, as well as the Short Film Queer Palm at the 72nd Festival de Cannes. He is currently working on the script of this first feature film.

2015 Retrograde (short)
2016 Zero Star Hotel (short)
2018 The Silence of the Dying Fish (short)
2019 The Distance between Us and the Sky (short)
Night has fallen on the old National Highway. Two strangers meet for the first time at a wretched gas station. One has stopped to gas up his bike, while the other is just stranded. He is €22.50 short for getting back to Athens. This is exactly the cost of the distance separating them from the sky.
Screening Schedule

The Distance Between Us and the Sky