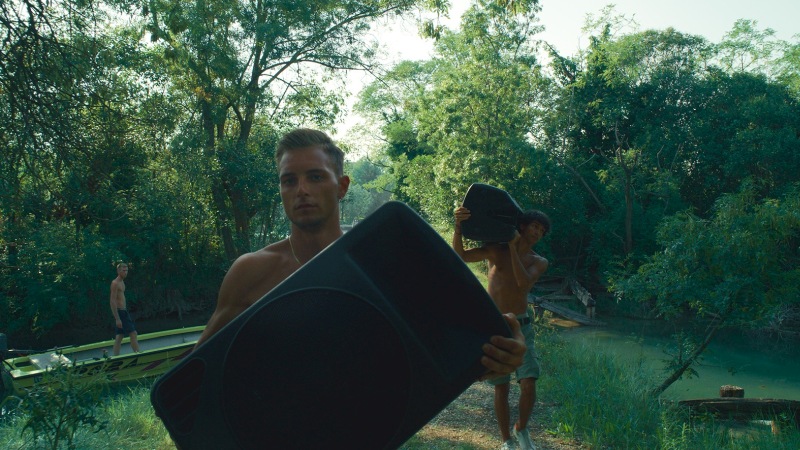 In Venice, beyond gondolas, canals where tourists come and locals go, there is a parallel world where teenagers pimp up their motorboats, customizing them with dazzling LED lights and powerful stereo systems, turning their barchini into tokens of coolness and virility. Two of these boys will risk their lives in one psychedelic race, chased by police toward the heart of Venice. The decline that erodes the relationships, environment, and habits of a rootless generation unfolds against the backdrop of timeless Venetian landscape, in a film that began without a screenplay and developed over four years of quiet observation by a master of contemporary documentary.

Yuri Ancarani (Ravenna, 1972), is an Italian video artist. His works, which combine elements of documentary cinema and contemporary art, aim to explore aspects that go unnoticed in everyday life. His way of focusing and using the camera with meticulous precision creates his distinct aesthetics, marked by the sculptural depth of the shots and of video works that investigate the hidden elements of daily life and of social codes. His works have been presented in numerous exhibitions and museums in Italy and abroad, including the Fondazione Sandretto Re Rebaudengo (Turin), MAXXI (Rome), the Hammer Museum (Los Angeles), and the Guggenheim Museum (New York). In 2016 his feature film The Challenge won the Special Jury Prize at the Locarno Festival.