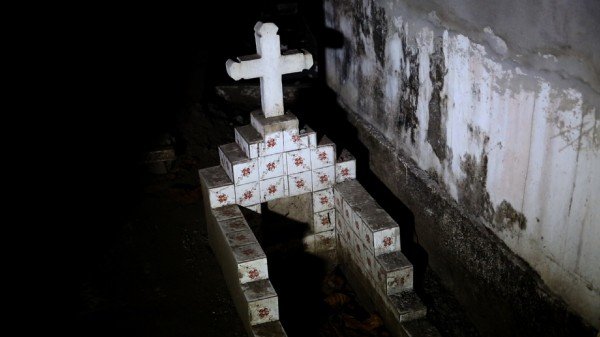 Loukia Alavanou (1979, Athens) is a visual artist who has been working with film and exhibiting her work internationally for over a decade. She completed an MA in Photography at the RCA in London in 2005. In 2007 she won the DESTE Prize. Her work has been included in numerous publications and analyzed by writers such as the acclaimed British psychoanalyst and art critic Darian Leader or the American artist-historian Carol Mavor.

2013 Merciful Wonderful (short)
2014–2015 Τhe Hunter (short)
2016 Sleeping Hero (short)
2016 Τhe Green Room (short)
2017 Bananaland (short)
2018 New Horizons – Pilot (short)
Self-shot footage from the houses of farmers in the south of Ecuador, merged with fragments from the narration in 1950’s US documentaries for children about the origins of «bananas» and other propaganda sources are the starting point for this ambiguous film that attempts to rearticulate a painful story. Footage shot in the diorama museum of Guayaquil is also used, depicting the farmers from a Western, colonialist perspective that presents them as heroic sufferers.
Screening Schedule