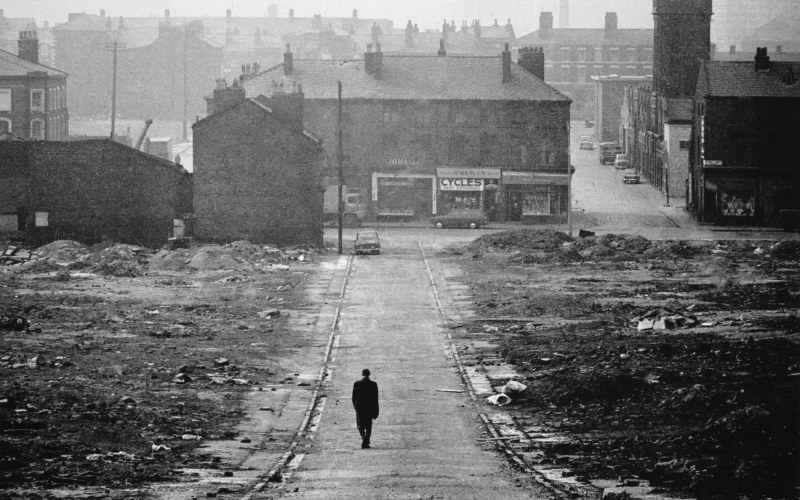 One of the greatest living British film directors, Terence Davies, returns to the 1950s Liverpool, breaking free of his troubled childhood years. Drawing inspiration from the city symphonies of early cinema history, Davies embeds into the documentary form his talent in cycle narrative from fiction, with the help of dozens of references stemming from literature, poetry, music and sports. The outcome is a journey of rare beauty into the shaping and growth of a city, in a documentary that is still hailed as one of the best British documentaries ever to be made.
Screening Schedule

Terence Davies was born in Liverpool in 1945. He is a screenwriter, director, novelist, and actor, widely considered as one of the most important contemporary filmmakers. His first three short films, Children, Madonna and Child, and Death and Transfiguration, were combined in The Terence Davies Trilogy. His feature films are Distant Voices, Still Lives (1988), winner of the Golden Leopard in Locarno, The Long Day Closes (1992), which competed in Cannes, The Neon Bible (1995), The House of Mirth (2000), Of Time and the City (2008), The Deep Blue Sea (2011), Sunset Song (2015), and A Quiet Passion (2016). In 2008, the Thessaloniki IFF presented a retrospective of his work.

Of Time and the City