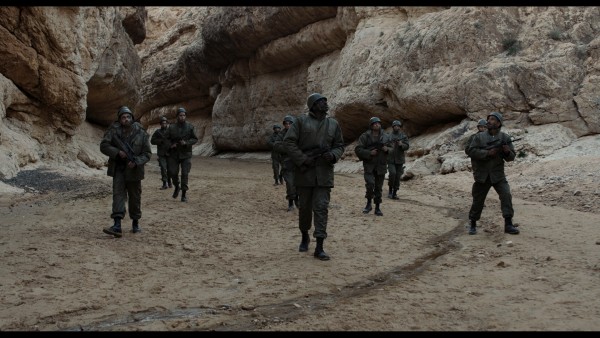 Eddine Slim is a Tunisian filmmaker, who has directed several short films, art videos and feature films, selected and multi-awarded in many international film festivals. Tlamess is his second fiction film, a Franco-Tunisian co-production, which was screened in the Directors’ Fortnight section of this year’s Cannes Film Festival.

2012 Babylon (doc)
2016 The Last of Us
2019 Tlamess
After his mother’s death, a young soldier named “S” obtains a week’s leave and returns home. When he is called back to camp, he deserts the army and wonders seriously injured in a dystopian no man’s land. “F” is a pregnant woman sank into a languorous life in an isolated luxurious villa. Two lost souls, who will bond under uncanny circumstances. An array of mythological elements, in a seductive blend of harsh realism and poetic elegy.
Screening Schedule