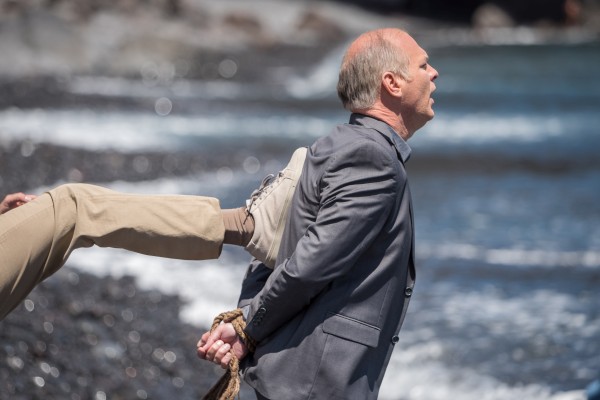 He was born in 1975, in Vaslui, Romania. He studied Film Directing at the National University of Drama and Film, Bucharest. In 2006 he made his first feature, 12:08 East of Bucharest, which won the Camera d’Or and the Label Europe, the film distributors’ award, at Cannes. The film took more than 20 awards in festivals all over the world and was distributed in more than 30 countries. Police, Adjective won the FIPRESCI Prize and the Jury Prize at Cannes.

Corrupt Romanian policeman Cristi, playing both sides of the law, arrives on the Canary Island of La Gomera, assigned to get a local mobster off the hook. In order to fulfill his task though, he must first master the whistling (and, most importantly, undetectable) language of the island, which criminals have used to secretly communicate for generations. A polished mashup of noir and gangster motifs, equipped with a delightfully prankish spirit, that tells the story of a man convinced that he is at the center of the plot, while he is just a supporting character in the background.