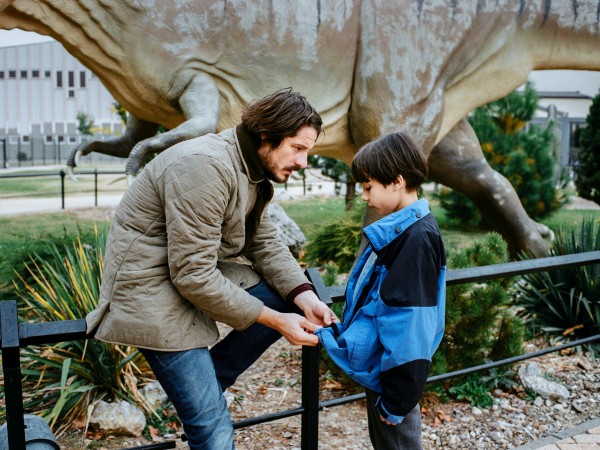 Stefan Djordjević was born in 1987 in Bor of Eastern Serbia. His amateur film Crap was the inspiration for the film Tilva Roš by Nikola Ležaić, which won the Heart of Sarajevo Αward for Best Film and was nominated for the European Discovery Award granted by the European Film Academy. His graduation short fiction film A Handful of stones was screened at many international film festivals and had its international premiere at the ACID programme of the Cannes Film Festival.

Dušan and his young son are traveling traveling through Εastern Serbia, on their way to the country’s capital. Dušan, who is getting closer and closer to the final stages of his terminal illness, is striving to tie up all loose ends before his inevitable death, and finding a new home for his boy makes the top of his priority list. Scared and desperate, he agonizingly tries to get in touch with his sister, with whom they haven’t spoken in years. Α gentle road trip of painful departure and comforting destination.

The Last Image of Father