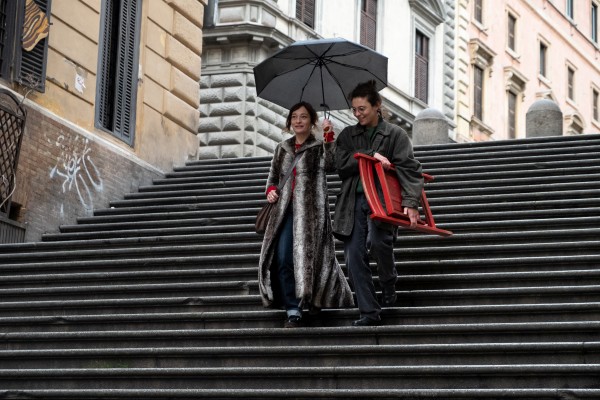 Rome-born director and screenwriter Chiara Malta moved to Paris, where she shot a number of short films. She went on to make her feature debut with the documentary Armando e la Politica, which premiered as the opening night film at the Turin Film Festival and went on to be aired on ZDF and Arte. Her debut fiction film Simple Women premiered at the Toronto International Film Festival.

2006 L'Isle (short)
2008 Armando e la politica (doc)
2010 L'amour à trois (short)
2015 L'existence selon Gabriel | The Existence According to Gabriel (short)
2019 Simple Women
“Fear of a female planet?”: This is how the refrain of Sonic Youth’s “Kool Thing” ends, in the most emblematic scene of Hal Hartley’s Simple Men. Simple Women fearlessly introduces the complex universe of two women who come closer through cinema and get to know and lose their self – and all that remains hidden behind their public image. A young, restless filmmaker decides to shoot a film with Elina Löwensohn – Hal Hartley’s muse and her own teenage icon – in the leading role. An ingenious and tender game of reflections, with the magic and the everyday labor of filmmaking as a vehicle.
Screening Schedule